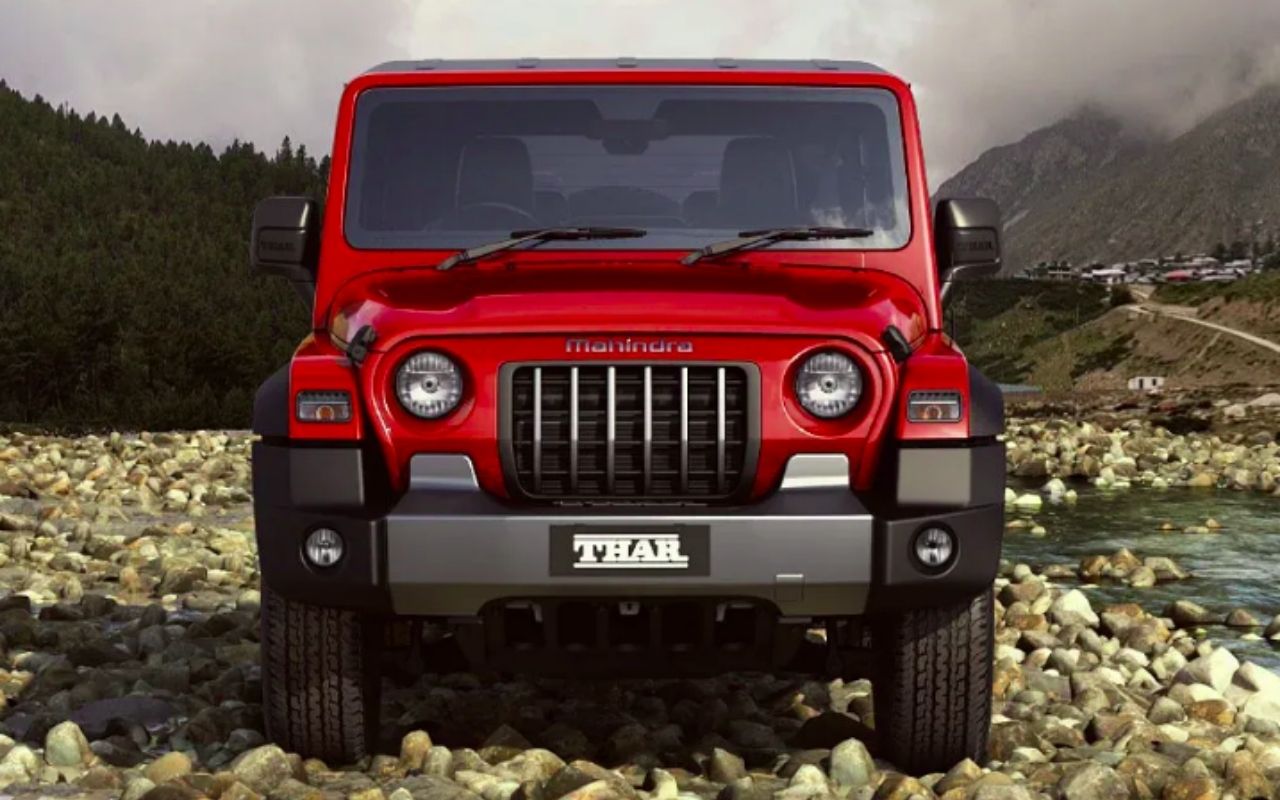 The new generation Mahindra Thar was introduced last year, in the year 2020. It has had over 75k bookings since its introduction. The demand has been enormous, resulting in long wait times. The continuous component shortage in the auto sector has added to the wait.

Since its launch last year, Mahindra has delivered around 30k new Thars. There have been instances where clients who ordered Thar last year have yet to receive it. However, with the components shortage set to resolve next year, Mahindra is preparing to not only raise manufacturing of existing vehicles but also to introduce new vehicles such as the Scorpio and a larger version of the Thar, the 5-Door Thar.

The 5-door Thar is expected to arrive on Indian roads in 2023, according to rumors. It will compete with the upcoming 5-door Force Gurkha and 5-door Maruti Jimny in this segment. Both of its main competitors are anticipated to arrive next year. The Thar's long-wheelbase version will be built on the same GEN3 ladder-frame chassis as the 3-door version. While the majority of its design elements are expected to be drawn from the existing Thar, it will be distinguished by a few cosmetic alterations.

A black cloth has been placed over it. Underneath the material, the Thar SUV appears to have a longer structure. This is most likely the 2023 Mahindra Thar 5 Door SUV, which has been spotted for the first time.

The new Mahindra Thar 5-door is expected to come with a 7.0-inch touchscreen infotainment system with smartphone connectivity, a multi-functional steering wheel with mounted controls, automatic air conditioning, cruise control, USB charging port, roof-mounted speakers, and a host of other features. According to rumors, Mahindra will equip the SUV with the same ADAS (advanced driver assistance system) as the XUV700. Multiple airbags, rollover mitigation, electronic stability program, hill-start control, hill descent, and Isofix kid mounts might all be part of its safety package.

The engine configuration of the future Mahindra Thar 5-door will be similar to that of the 3-door model. The 2.0L mStallion turbo petrol and 2.2L mHawk turbo diesel engines could be offered. Both engines could be tweaked by the automaker to produce more power and torque. The petrol engine produces 152 bhp with 320 Nm, while the oil burner produces 132 bhp with 320 Nm. A 6-speed manual and a 6-speed torque converter automatic gearbox will be available for both engines. All models may come equipped with a 4X4 drivetrain system.