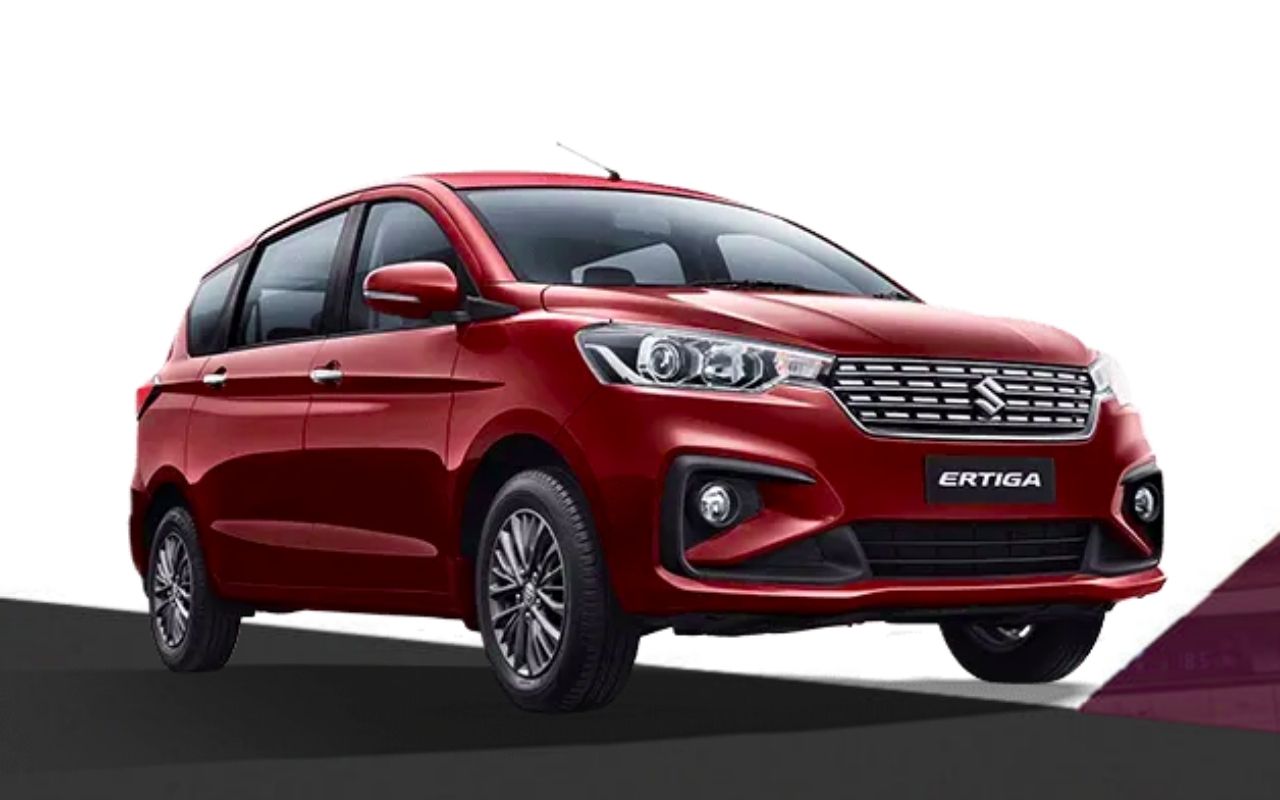 Maruti Suzuki is getting set to launch a slew of new models in 2022, including a mid-cycle facelift for the Ertiga MPV. For the first time, a test mule of the 2022 Maruti Suzuki Ertiga facelift has been sighted with minimal concealment. The 2019 Ertiga will receive limited changes, as with other Maruti facelifts. We recently brought you spy photographs of the Maruti XL6 facelift, a more upmarket variant of the Ertiga, which appeared to have more complete changes.

Maruti Suzuki is gearing up for an assault of new car introductions after a two-year hiatus. They've already released the updated Celerio. They intend to unveil a slew of new vehicles in 2022. This comprises Baleno, Alto, and Brezza new-generation models. They also intend to release a few facelifts. The latest spy image shows that the XL6 is about to undergo its first makeover.

The exterior of the Maruti Suzuki Ertiga has been updated

The region surrounding the grille is disguised on this test mule, and it will most likely be the only aesthetic change to the Ertiga facelift. A closer examination of the grille reveals that it will resemble the Maruti Baleno facelift, as the grille patterns on both vehicles appear to be comparable. The remainder of the MPV, as you can see in these photos, is substantially untouched. The headlamps, taillights, front and rear bumpers, and even the alloy wheels will remain unchanged.

The makeover could include a new front style, a new bumper, and new wheels. The headlamp configuration appears to be comparable to that of the contemporary XL6. Surprisingly, the test mule for the XL6 makeover, which was also recently discovered, was dressed in much stronger camouflage.

The interior of the Maruti Suzuki Ertiga has been updated

The interior of the Ertiga makeover is not visible in these photographs, but we don't expect any big changes there. New upholstery colors, interior trims, and a few changes to the equipment list could be the extent of the updates. It will remain available in a 7-seat configuration, while sources claim that the redesigned XL6 will be available in both 6- and 7-seat configurations.

There will feature auto air conditioning, remote keyless entry, cruise control, power and tilt steering, and electrically adjustable and foldable ORVMs. The Maruti XL6 comes equipped with a 17.8-inch touchscreen Smartplay Studio infotainment system that includes voice command and Bluetooth connectivity. A sunroof could be considered an addition. A sunroof option for the Maruti Ertiga XL6 in 2022 will be a welcome addition, but no confirmation has been given.

Mechanically, the Ertiga makeover is expected to remain intact. That means it might keep the existing model's tried-and-true 1.5-liter petrol engine with mild-hybrid technology. This engine has a peak torque of 138Nm and produces 105 horsepower. The current 5-speed manual and 4-speed torque converter automatic transmission options are likely to remain unaltered.

The petrol variant of this Maruti Ertiga has no direct competitors in the market, while the diesel-powered Mahindra Marazzo competes in this segment.

Maruti Suzuki is also getting set to debut a considerably upgraded Baleno hatchback, as well as a major update for the Vitara Brezza. Apart from the XL6 makeover, Maruti is also working on a completely new version of the Alto hatchback. Maruti has lined up a number of SUVs for release in India over the next three years.