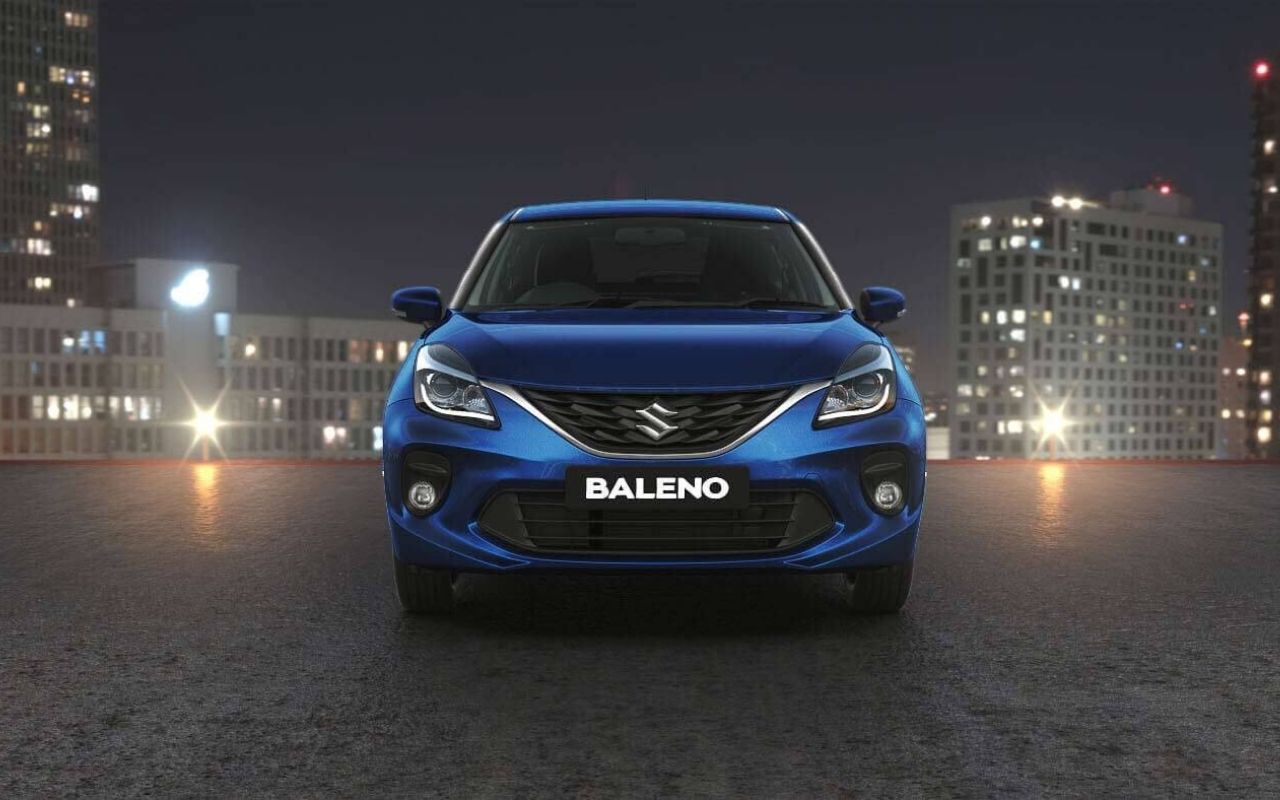 The new Baleno looks sharper and more futuristic than its predecessor. The facelift has given the car a refreshed look, making it appear wider than before.

The Maruti Suzuki Baleno facelift is prettier than its predecessor. It has got an all-new front fascia with a large hexagonal grille at the heart of the front bumper. The bodywork is sharper than before and looks wider than before, due to the increased wheelbase by 150mm.

The model shown in these leaked photographs appears to be a big improvement to the present Baleno rather than a complete redesign. Almost all of the body panels on the 2022 Baleno appear to have been changed, and the car appears broader from the front than its predecessor.

To begin, keep in mind that the leaked photographs appear to be of a lower-spec model, which explains why there is more black plastic showing rather than the chrome pieces that will be seen on higher-spec models. The car does not appear to have fog lights or a back windshield wiper or washer.

In terms of design, the new Baleno has L-shaped wraparound headlights with LED daytime running lamps and projector setup, depending on the type. The hood appears to be flatter, but the clamshell design remains. The redesigned grille has a "smiley" appearance and is significantly larger.

This refreshed car also gets a simulated brushed aluminum edge that extends from the flanks and perfectly integrates with the headlamps, emphasizing the car's larger and more planted aspect. A large air dam with contrast black plastic inserts and two distinct sections for the fog lamp units at each corner make up the front bumper.

Although the new Baleno's side profile has yet to be unveiled, the new car's design, as we previously reported, will be more or less comparable to the existing model. The 2022 Baleno gets a revised bumper and tailgate design, as well as new L-shaped tail lamps that now extend all the way to the tailgate.

The interiors of the Maruti Baleno 2022 will undergo significant alterations. It will have a larger, free-standing 9.0-inch touchscreen infotainment system with connectivity. The infotainment system will include a Sim-based connection package that includes geofencing, real-time tracking, find your car, and other functions. Wireless Apple CarPlay and Android Auto are also expected to be available on the system.

The AC vents are now slimmer and horizontally positioned, according to the leaked pictures. It has a completely new dashboard with brushed aluminum inlays. The Baleno facelift is rumored to have higher-quality plastic, a redesigned steering wheel, and a new climate control button. Cruise control, automatic headlights, and wipers are all options for the hatchback.