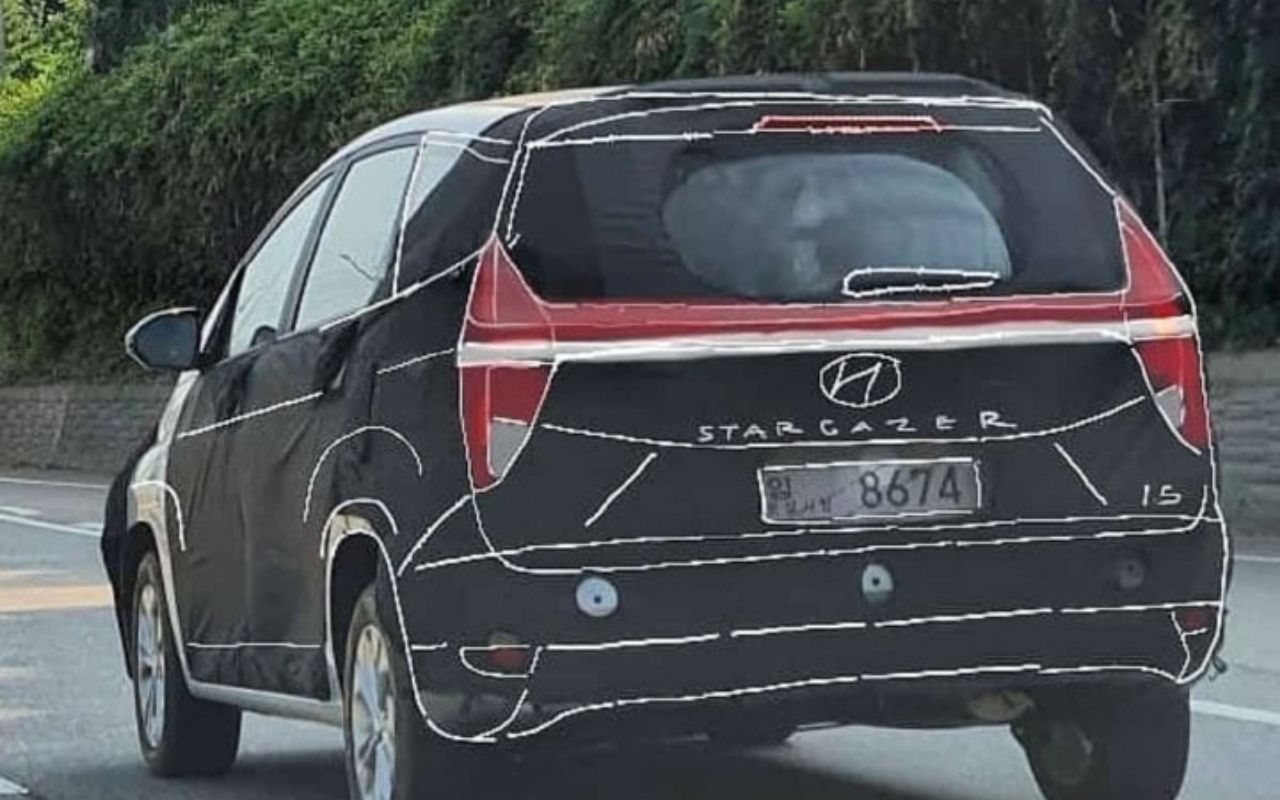 Hyundai was working on a brand-new MPV to compete in growing countries against the Maruti Suzuki Ertiga. Images of a test mule have been released, providing an early look at the future people mover, dubbed the Stargazer, which is set to debut in 2022.

The design of the Hyundai Stargazer MPV

Hyundai, which will be the sibling vehicle of the newly announced Kia Carens, has opted for a more classic people mover look. The photos show an MPV with a cab-forward design and a tear-drop appearance, which might indicate a roomy interior.

The MPV shares the same split headlamp design as the bigger Staria MPV, with high-set, LED daytime running lights on the nose and the primary light cluster positioned lower on the bumper. When compared to current Hyundais, the Stargazer lacks Hyundai's new parametric grille, which can be found on the new Elantra, Tucson, and the newly announced facelifted Creta.

With its narrow nose, curving roof, and rising window line, it's impossible to mistake it for anything other than an MPV. The squared-off wheel arches and a strong shoulder line that appears to extend from the front fenders are two more design elements.

The tailgate seems to contain a big hexagonal windscreen around the back. The taillights are triangular vertically positioned units with modest extensions into the boot lid that include T-shaped LED components, similar to the company's compact Bayon SUV.

The expected engine lineup for the Hyundai Stargazer MPV

The Stargazer, like the Carens, is likely to share its engine lineup with the Creta. When the MPV is unveiled to the public for the first time in Indonesia, it is expected to come with a 1.5-liter petrol engine. As the vehicle is offered in other areas, more engine options, including diesel, are likely to be added to the lineup.