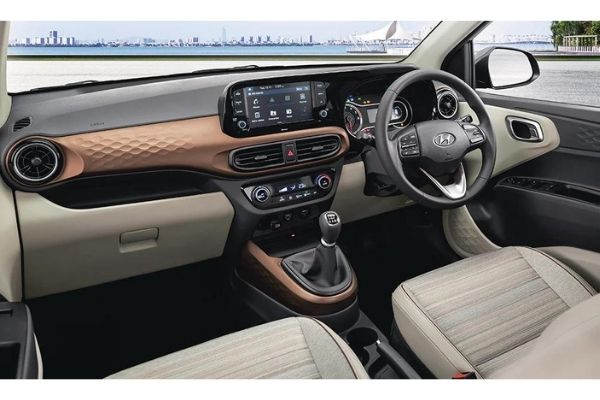 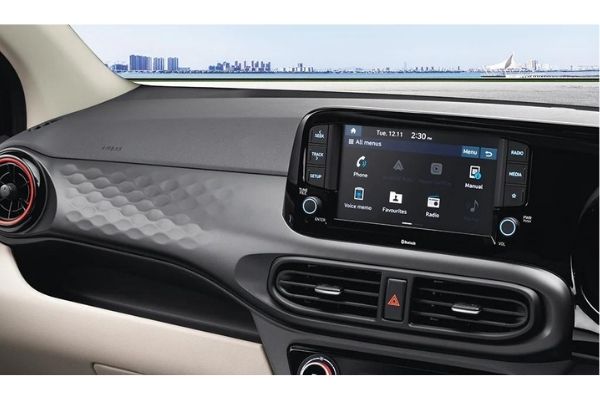 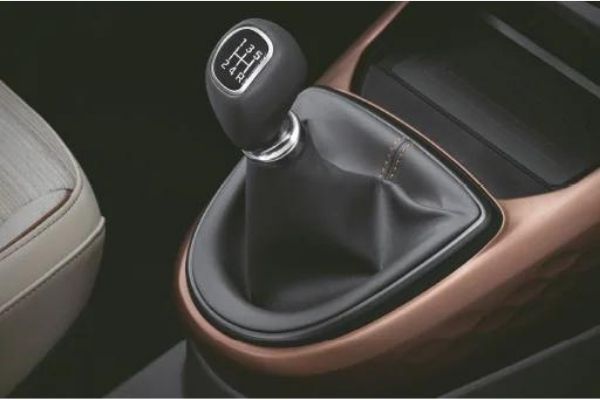 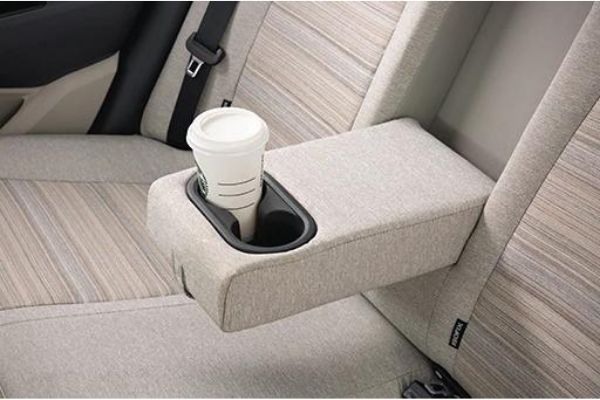 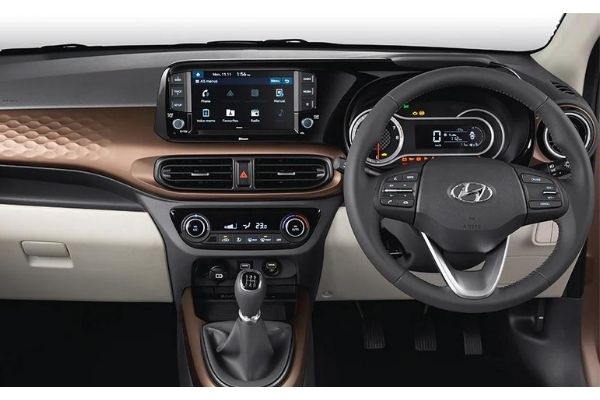 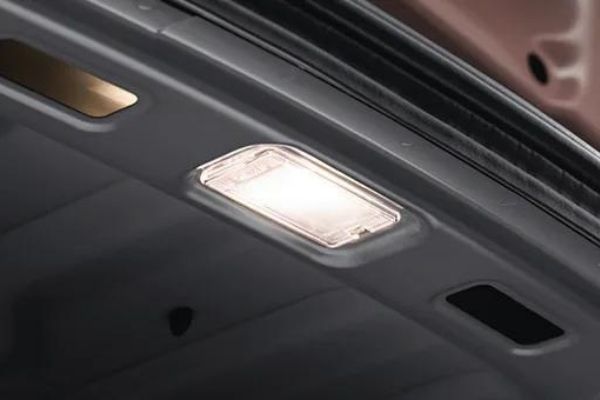 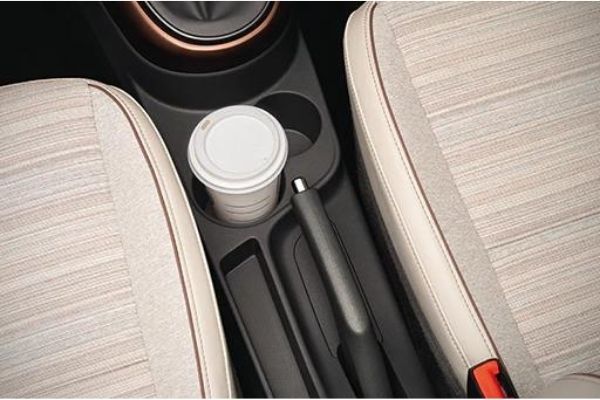 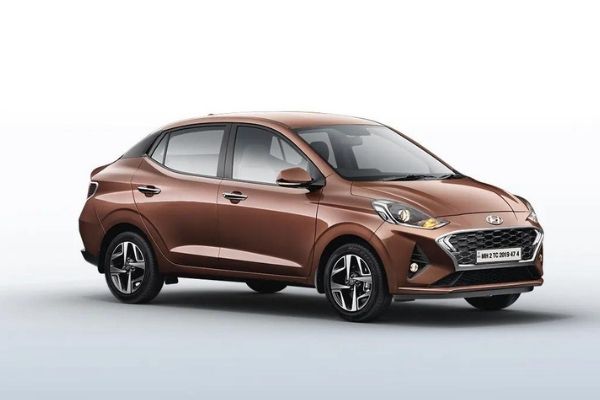 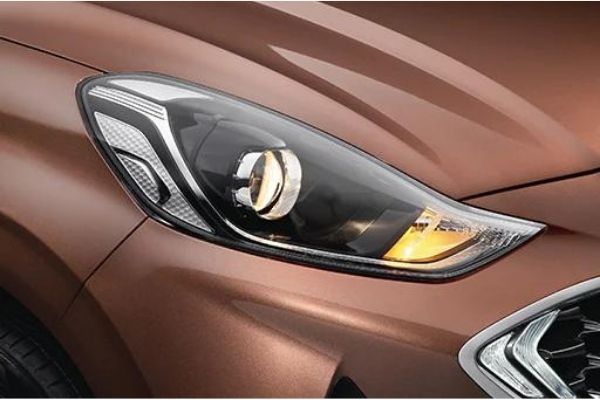 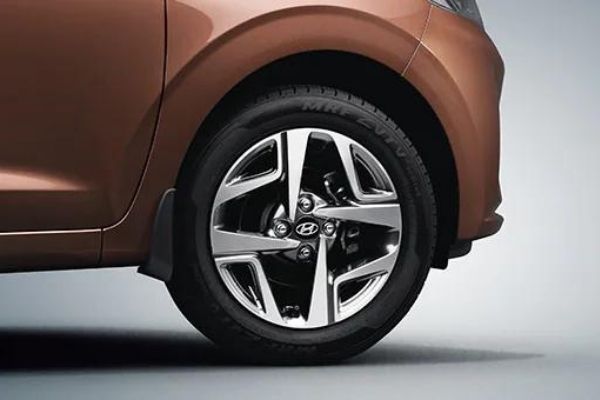 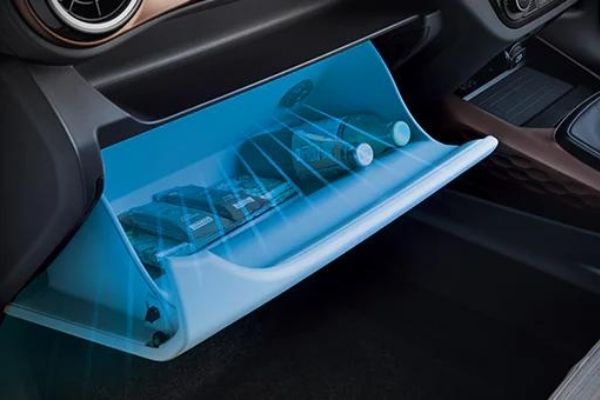 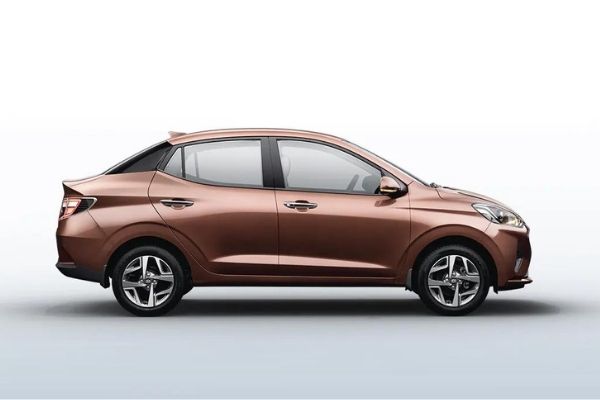 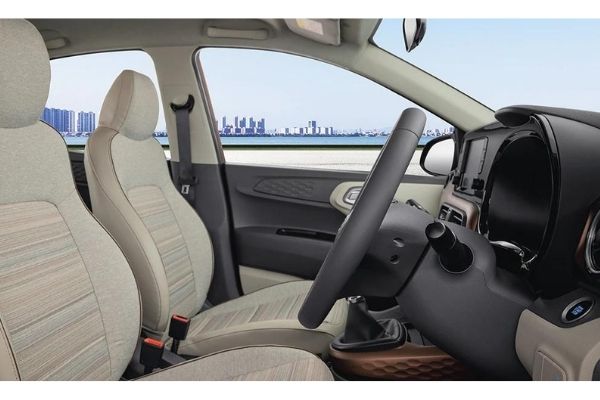 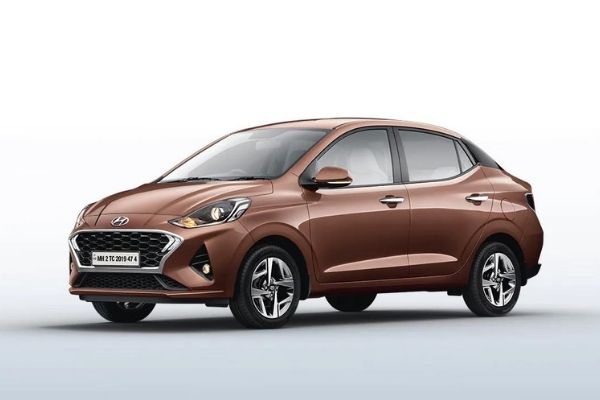 Hyundai India launched the Aura on 21 January 2020 in India.

Exterior design
The Aura has the same chrome grille as the rest of the Hyundai lineup, as well as dual boomerang-shaped, LED DRLs with projectors for the headlights and fog lamps. Because of the way the C-pillar meets the boot lid, the small sedan length of the car is scarcely noticeable from the side. The R15 alloy wheels are diamond cut and provide a crisp style that complements the car's other features. LED taillights and a chrome garnish on the boot door lid are available at the back.

Interior design
The vehicle's inside is brown and black, with components that are comparable to those found in the Nios hatchback. The eight-inch touchscreen display with Apple CarPlay, Android Auto, and many connectivity choices are, without a doubt, the centerpiece of the interior. The touchscreen system has been combined with the semi-digital speedometer into one large device, giving the design a beautiful, premium, and modern touch. In addition, the driver's seat may be adjusted for height, and temperature control is available.

Rivals
The Maruti Suzuki Dzire, Honda Amaze, and Tata Tigor are all competitors.