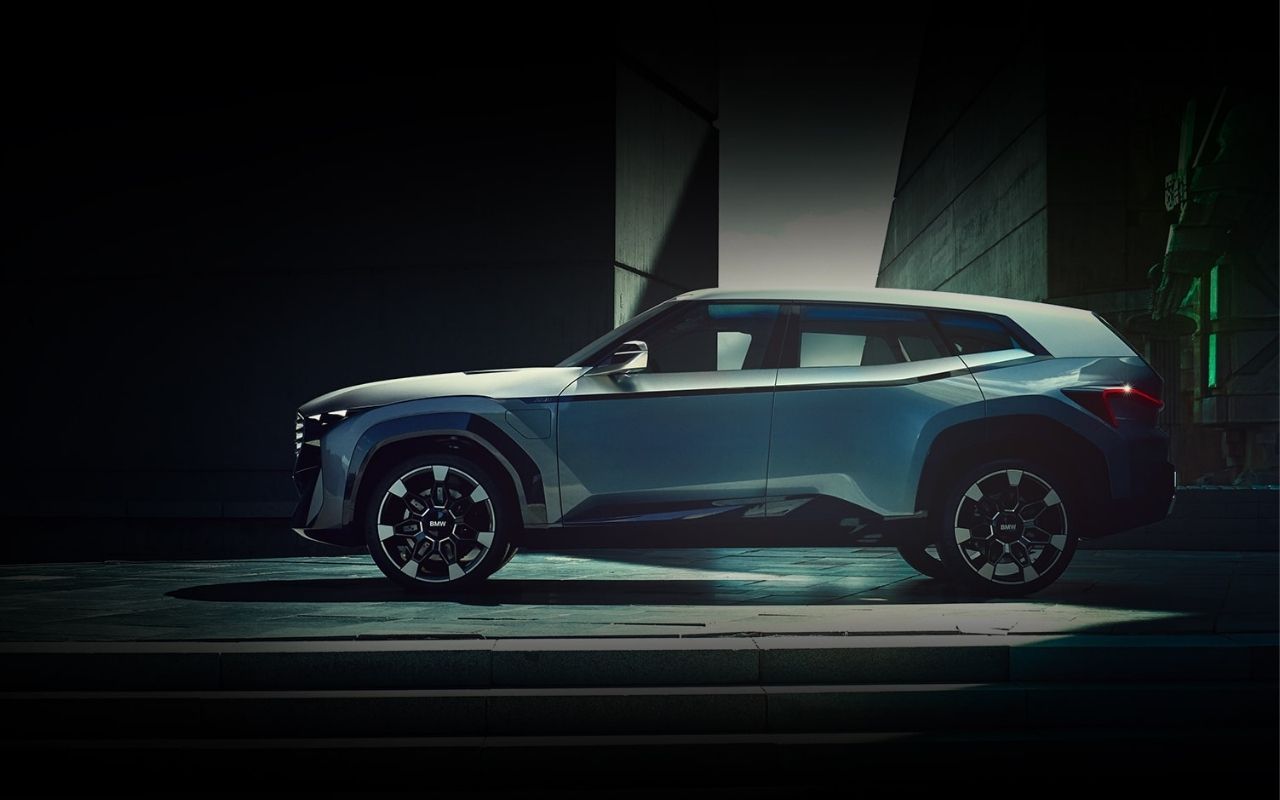 In the shape of the concept XM, BMW's M division's finest arrives. The concept XM is the most powerful M vehicle ever created by BMW Motorsport, as well as the first-ever M to be electrified and the second-ever freestanding model after the classic M1. It will also be the M-exclusive model. BMW's M division, on the other hand, will be celebrating its golden jubilee next year.

First and foremost, the concept XM is equipped with a 4.4-liter twin-turbo V8 petrol engine, as well as a compact battery pack and an electric motor. This plug-in hybrid power plant produces 738 horsepower and 1,000 Nm of torque. And the most interesting part of this prototype XM can drive up to 80 kilometers on battery power alone.

The carmaker's Motosport division has been significantly revamped with the idea of XM. Simultaneously, the M division's new direction in terms of design philosophy, performance, and, most crucially, redefined luxury for the inside was hinted at. BMW has smashed it with the concept XM when it comes to design philosophy.

When we speak about interior design, The interior is made up of a range of materials ranging from leather to carbon fibre to velvet, emphasizing the SUV's luxury and sportiness. Furthermore, for the first time, BMW has provided an illuminated headliner with a "three-dimensional prism structure." "A combination of indirect and direct illumination provides a relief-like structure that emphasizes the headliner as an exclusive work of art," the firm explains. In the meanwhile, the BMW Group Spartanburg facility in South Carolina will produce the concept XM. The BMW XM might arrive in India as early as 2023.

In the rear, instead of the pair of chairs that have been so synonymous with these goliaths, there's a bench seat with velvet upholstery and diamond quilting, and ambient lighting illuminates BMW M's three traditional colors.