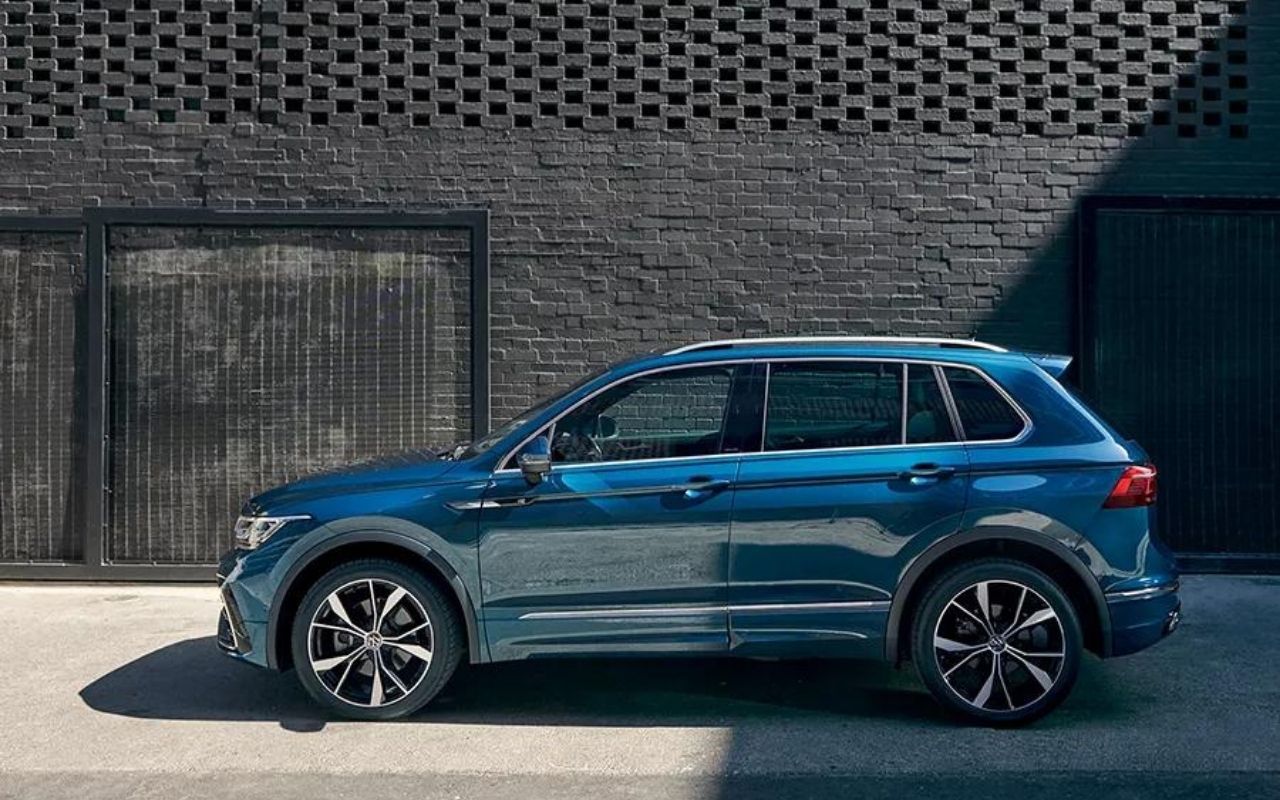 The 2021 Volkswagen Tiguan returns to India after a more than a year absence, with cosmetic modifications to the exterior and interior, but the major change is the arrival of the new BS6 petrol engine, which replaces the diesel engine that was available until 2020.

The 2021 Volkswagen Tiguan is the company's second SUVW product, following the Volkswagen Taigun, and will compete against the Hyundai Creta, Kia Seltos, Skoda Kushaq, and Renault Duster. The decision to produce the Tiguan in India has had little impact on pricing, with the five-seater SUV costing roughly Rs 2.21 lakh less than the larger three-row Tiguan Allspace.

The changes to the exterior of the 2021 Volkswagen Tiguan are sophisticated, and that it would take a while to notice them. That's because the Tiguan's only changes are to the front section, which includes new sharper-looking LED Matrix headlights, a new front bumper, and a slightly tweaked grille.

When viewed from the side, the profile retains its angular appearance but now rides on a set of 18-inch alloy wheels. The alterations are even more modest in the back than they are in the front. The bumper has been reprofiled, the tail lamps have been given new LED elements, and the tailgate has been given Tiguan lettering.

Nightshade Blue, Pure White, Oryx White, Deep Black, Dolphin Grey, Reflex Silver, and Kings Red are among the seven exterior paint colors available. Overall, the adjustments are minor, but they are exceedingly exact in order to provide a majestic finish.

When it comes to the interior, the cabin is very identical to the previous model. However, Volkswagen has paid greater attention to some of the car's finer elements, which were noticeably lacking in comparison to its competitors. For example, the touchscreen that substitutes the typical buttons and knobs for three-zone climate management.

It doesn't make much of a difference, but it does add a classy touch. The redesigned steering wheel, which we've seen on the Volkswagen Taigun, comes next. We'll be driving the car soon to report back on the results of this new feature. Finally, the Tiguan is adorned with the brand's new emblem, which is extremely attractive.

Volkswagen is transitioning its whole lineup to petrol engines, therefore it features a single 2.0-liter turbocharged TSI engine that produces 190 horsepower and 320 Nm of peak torque, with power sent to all four wheels via a 7-speed DSG transmission. What could work in the Volkswagen Tiguan's favour is that it has a better gasoline engine than the competition, but we'll find out more once sales begin in mid-January 2022.