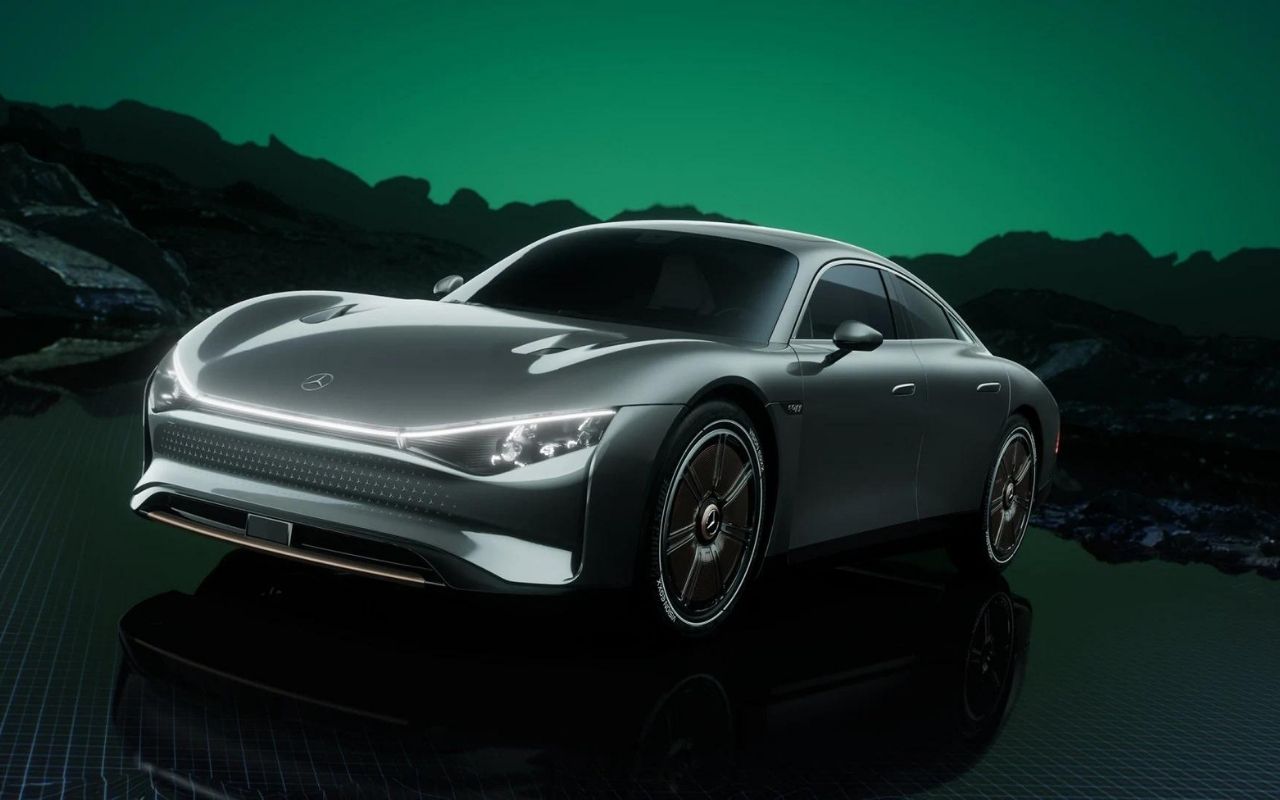 The svelte little automobile is the latest in a long line of Mercedes-Benz design ideas made public. It was established to put existing electric vehicle concepts to the test as part of a program aimed at generating new ideas, approaches, and technologies for future electric vehicles.

The idea is a running and driving prototype, according to Mercedes chief technology officer Markus Schäfer, and it even incorporates a version of the existing MBUX infotainment system. It employs a prototype of Mercedes-next-generation Benz's EV powertrain, which will go into production in 2024 and has new battery technology.

The EQXX is "at least one segment smaller" than the EQE, according to chief designer Gordon Wagener, implying that it might be produced as an electric counterpart of the C-Class in the future.

The EQXX is claimed to achieve a new record for aerodynamic efficiency, with a drag rating of less than 0.18Cd, whilst complying with all existing German roadworthiness rules and seating for four adults. This contrasts with the EQS's 0.20Cd.

With a low leading edge, a short bonnet, shapely fenders, and wide wheelhouses, the EQXX have a more sports car-like look upfront. The Mercedes grille has been replaced with a star logo integrated into the front bumper, and the digital LED headlights have been joined by a full-width LED light bar.

Mercedes' star insignia is stenciled onto the hood to conserve weight and achieve optimal aerodynamic performance. Using a series of air curtains and air breathers, an 'air management system' guides air through the front part of the new concept automobile.

Mercedes has also added 'ninth-generation' external mirrors and freshly built, aero-optimized wheels to the EQXX. Because there are no powertrain components in the nose section, the EQXX's A-pillars are situated well forward, and its wheelbase stretches to 2,800mm, maximizing interior space.

The active aerodynamic innovations previously investigated by Mercedes on the Concept IAA in 2015 are carried over to the EQXX at the rear. A diffuser element is included, which expands automatically as airflow increases, smoothing airflow and reducing turbulence. The EQXX is likewise somewhat tapered, having a 50mm narrower rear track than the front.

The huge 47.5-inch continuous display that covers the width of the dashboard catches the attention on the inside. The display itself has an 8K resolution and serves as the instrument cluster (the area in front of the driver) as well as the entertainment system.

Mercedes has also gone to great pains to ensure that the inside is made of ecologically safe materials. A fabric manufactured from bio-steel silk-like fibre, vegan leather made from mushrooms or cactus fibers, and bamboo-fiber carpets is among these materials.

It was accomplished with the help of a newly built motor and a custom lithium-ion battery, which, at just under 100kWh, has a smaller total energy capacity than the EQS, which has a range of 770 kilometers. The 1750kg EQXX's new battery, which uses cells provided by Chinese battery expert CATL, is also touted to be "50 percent the size" of the EQS's 107.8kWh pack and is roughly 35 percent lighter, weighing around 495kg. The new high-silicon-content battery, according to Mercedes, functions at more than 900V.

Mercedes says that up to 95% of the energy stored in the EQXX's battery is transferred to the wheels. ICE cars, on the other hand, are generally approximately 30% efficient. On the top of the Vision, EQXX concept car is 117 solar cells that power the car's auxiliary systems. Over the course of a day, the solar panel alone may contribute 25 kilometers of range in good weather circumstances.

The EQXX's small new motor, rated at 204 horsepower, is housed in a lightweight carbon fibre chassis at the back and drives through a single-speed gearbox.