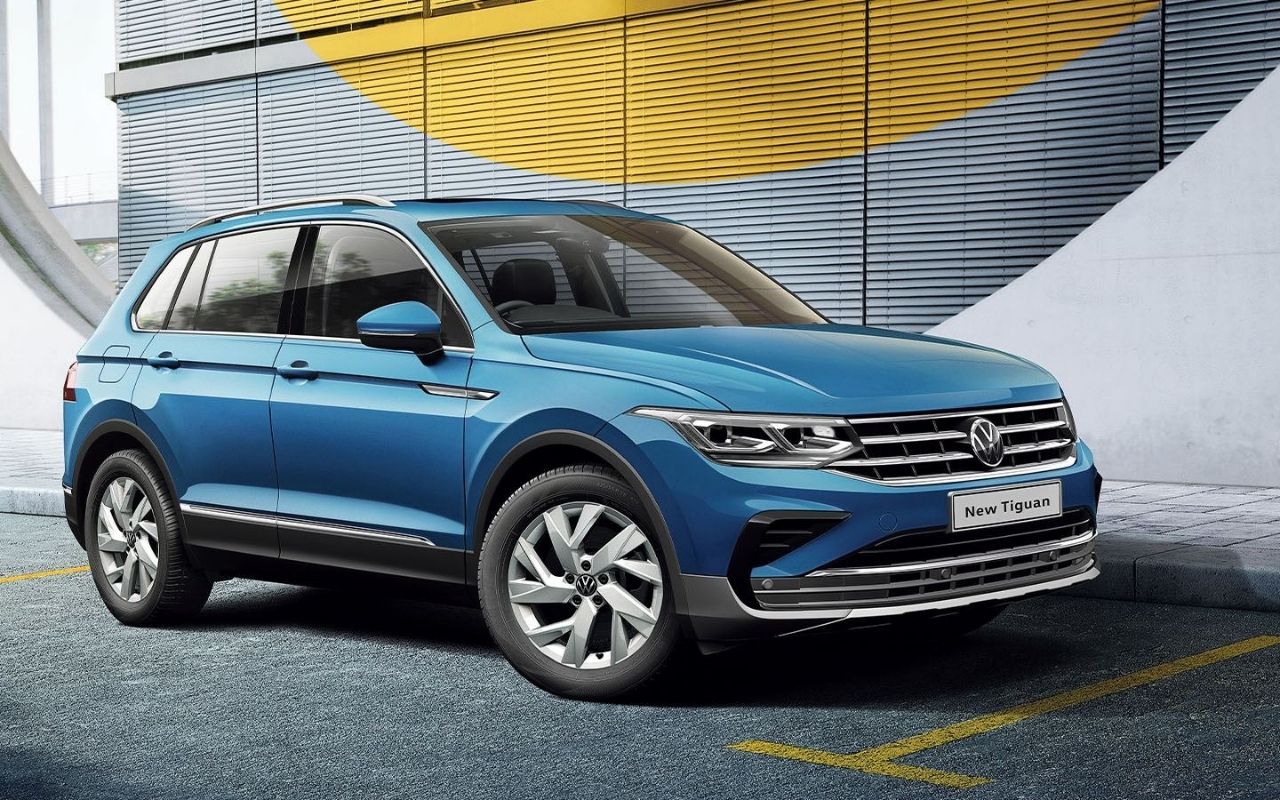 Volkswagen India has announced their new launch of the Volkswagen Tiguan facelift in India on December 7. Their new model is set to compete with similar models like Jeep Compass, Hyundai Tucson, and Citroen C5 AirCross.

Volkswagen India has already made an announcement regarding a new launch of their SUV car variant this year. As a follow-up, they have now rolled out the Volkswagen Tiguan facelift on December 7th. They have also lined up three other variants including all-new Taigun and 2021 versions of the T-Roc and the Tiguan AllSpace 7-seater SUV for upcoming launches.

Their new updated Tiguan has already rolled out in the global market, but in India, it is the first time for the variant to roll out inroads. Similar to their pre-facelift Tiguan, this German-based car manufacturer Volkswagen aims at bringing a midsize premium SUV to India.

When we consider the design of their new arrival, the 2021 Volkswagen Tiguan facelift features a sleek stylish look with a slightly varying front grille with chrome embellishment, LED Matrix headlamps, and LED daytime running lights.

The front end of this car model is brought similar to their other SUVs in the VW line-up, such as the Touareg and the US-market Atlas Cross. This model is faced with a wider, horizontally slatted grille and more swept-back LED headlamps.

The Bonnet part also gives a contoured look. Coming to the rear part, it features a restyled bumper and new details for the LED tail lamps. The stylish lettering of Tiguan was made centered below the logo. In addition to this, the R-Line variant having an aggressive design is available in the global market, however, they haven't revealed any words regarding their Indian launch.

There is no confirmation about the fuel type. However, it is expected to be rolled out in a single turbo-petrol option. Similar to Tiguan Allspace, their new car variant is also expected to have the same 2.0-liter motor.

It may be combined with a seven-speed DCT, and the 4 Motion AWD system may be offered on higher variants.