Toyota Hilux spotted at dealerships ahead of official launch 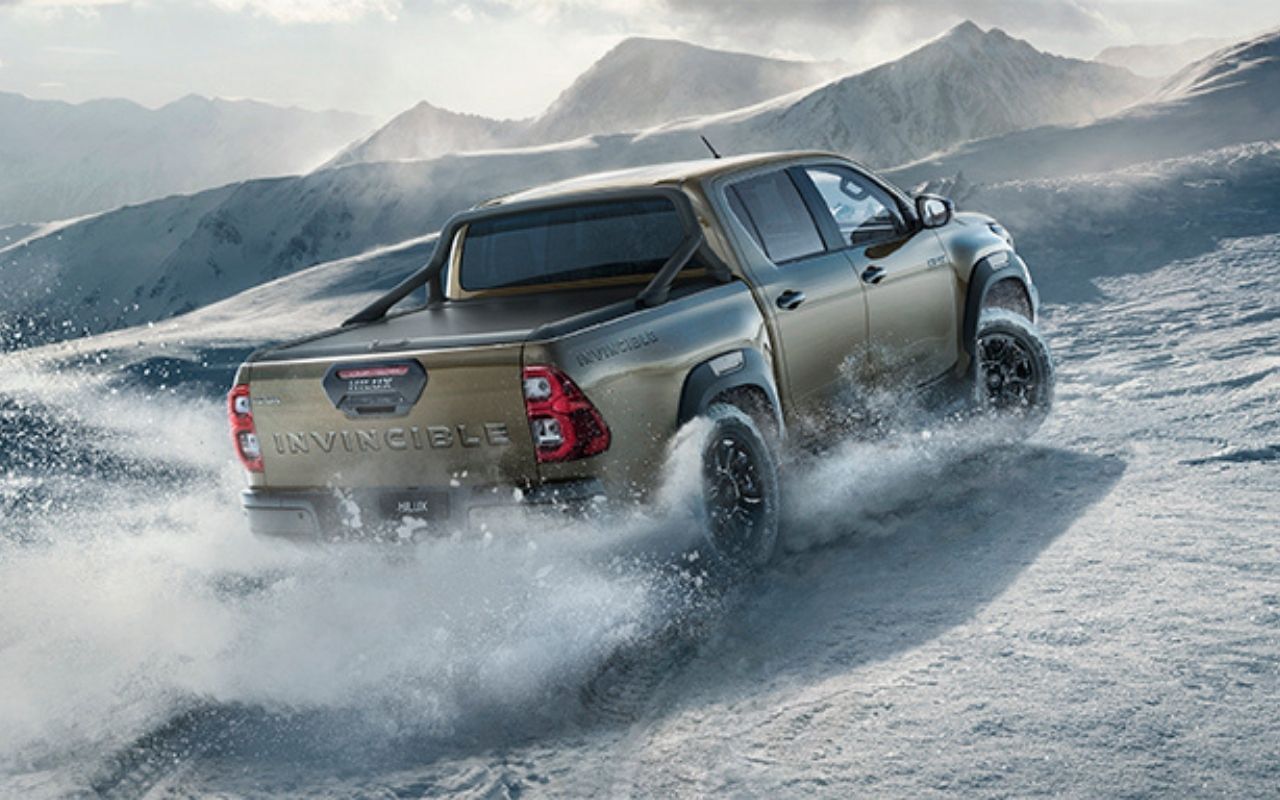 The new variant Toyota Hilux has begun arriving at dealerships and its launch is expected to debut in the first quarter of 2022. The pickup truck in these photographs has distinct design components from the one previously found, which might indicate that Toyota will offer numerous models of the pickup truck.

The Toyota Hilux was sighted on public highways in North India last week while filming a TV advertisement, signaling that the lifestyle pick-up might be released in the nation shortly. The Hilux has begun to arrive at dealer stockyards ahead of its expected introduction.

The Hilux in the photographs has blacked-out 17-inch alloy wheels (compared to the larger 18-inch silver units seen in the red one). The body cladding and the chrome strip below the 'Toyota' insignia have been removed, giving it a much cleaner appearance. Furthermore, the model seen here is missing features such as door visors.

The vehicle seen in the spy photos is painted white and looks to be the base model of the pickup truck, without fog lights and plastic wrapping around the wheel arches. The photograph does, however, reveal that the Hilux has a double-cab body. Aside from that, the Hilux has black alloy wheels, a side step, and ORVMs with turn indicators and chrome accents.

These omissions might imply that this device is from a lower-spec trim, whereas the red one seen before may have all the bells and whistles.

The interior of the Hilux is not visible in the photos. However, we anticipate that it will have the same layout and feature set as the current Fortuner, which features a touchscreen infotainment system, automated temperature control, leather seating, and a push start/stop button.

A wireless charging pad, a powered driver's seat, Apple CarPlay, and Android Auto, cruise control, and a colorful multi-info display should be included as well. Multiple airbags, ABS with EBD, parking sensors, and electronic stability control should all protect passengers.

The engine that will power the Hilux in India is yet unknown. Globally, the truck is available with two diesel engines: a 150PS 2.4-litre and a 208PS 2.8-litre, both with a 6-speed manual transmission and an optional 6-speed automatic transmission. The Hilux comes basic with rear-wheel drive, with a four-wheel drivetrain (with low range) becoming available as you progress up the ladder.

The Hilux is expected to cost between Rs 25 lakh and Rs 30 lakh (ex-showroom). It's a little more expensive than its lone competition, the Isuzu D-Max V-Cross, at this pricing.