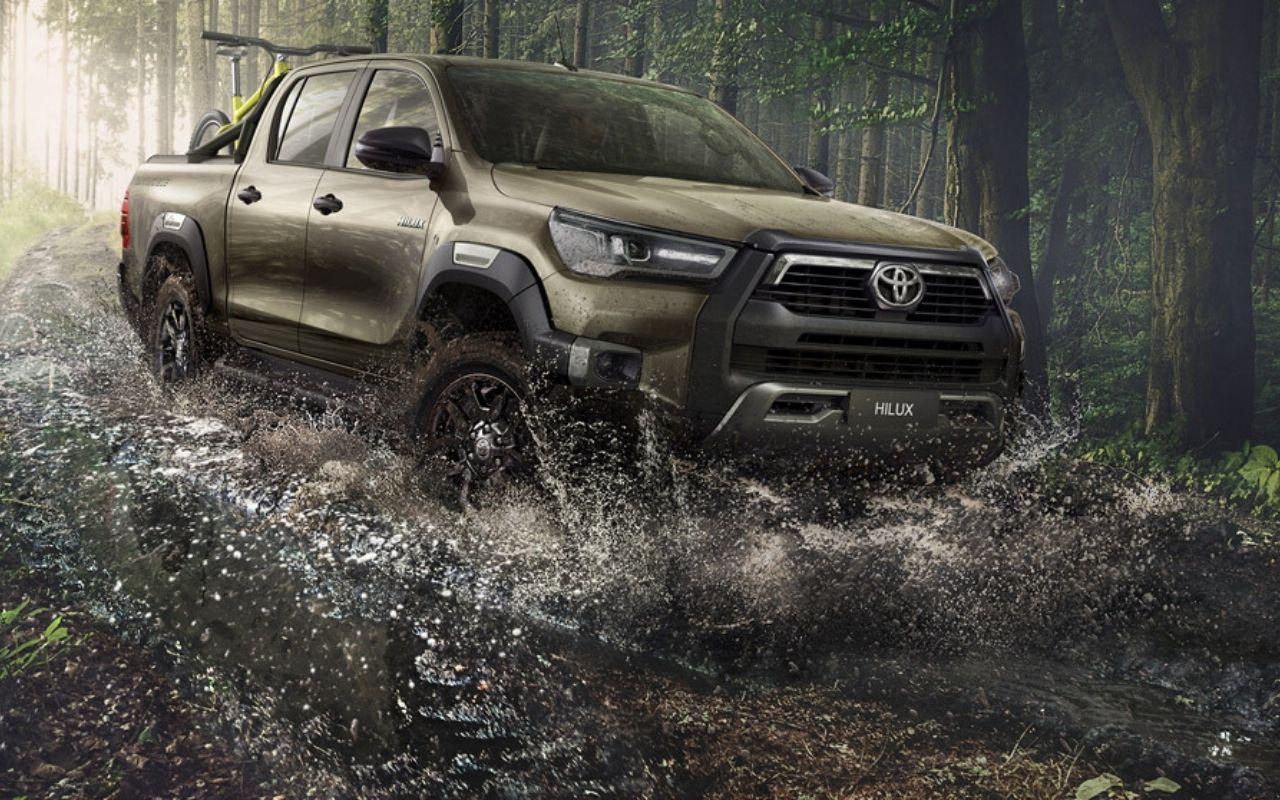 Toyota retailers in India have begun taking unofficial reservations for the forthcoming Hilux, with prices ranging from Rs 50,000 to Rs 2 lakh depending on the location. The market will open to the public in January 2022. The Toyota Hilux will compete against the Isuzu D-Max in the niche sector of lifestyle pickup trucks. However, Toyota India hasn't released any statement regarding the official launch reservations for the Hilux.

Underpinnings and engines for the Toyota Hilux

The Hilux is built on the IMV-2 platform, which also supports the Innova Crysta and Fortuner. As a result, several components, including the engine, transmission, four-wheel-drive system, and suspension components, will be shared. The Hilux has a length of 5,285mm and a wheelbase of 3,085mm. The Fortuner is 4,795 mm long to give you a sense of scale.

The crucial thing to remember is that both the Innova Crysta and the Fortuner are made in India, so keeping costs down won't be a problem.

The Hilux is believed to be powered by the Fortuner's 204hp, 2.8-liter diesel engine and will be available with a four-wheel drive. Its gearbox possibilities, on the other hand, remain unknown. This engine, in reality, has a large peak torque of 500Nm and should be ideal for the load carrier. As a result, the lower-spec variations might be priced fairly low, enticing more purchasers.

Exterior and Interior of the Toyota Hilux

The Hilux is expected to be offered in India in its double-cab body type, and while the truck's fundamental design resembles that of the Fortuner, the truck's face is noticeably different. The Hilux receives a new hexagonal grille, swept-back LED headlights and a more robust bumper.

The Hilux's length is most noticeable when viewed from the side, and the double-cab appearance is extremely uncommon for India. The back end, on the other hand, resembles that of most ordinary pickup trucks.

This implies the Hilux will have a practical and pleasant cabin, albeit second-row legroom will be limited compared to the Fortuner. Closer to the introduction, the entire list of safety features for the India-spec vehicle will be published.

Price Expectations and Competitors for the Toyota Hilux

The Isuzu D-Max is currently India's only lifestyle pickup truck, and it will be the Toyota Hilux's lone opponent when it appears. At the moment, the former costs between Rs 18.05 lakh and Rs 25.60 lakh (ex-showroom, Delhi). There is no information on the price of the Hilux, but rumors suggest it would cost around Rs 30 lakh (ex-showroom).