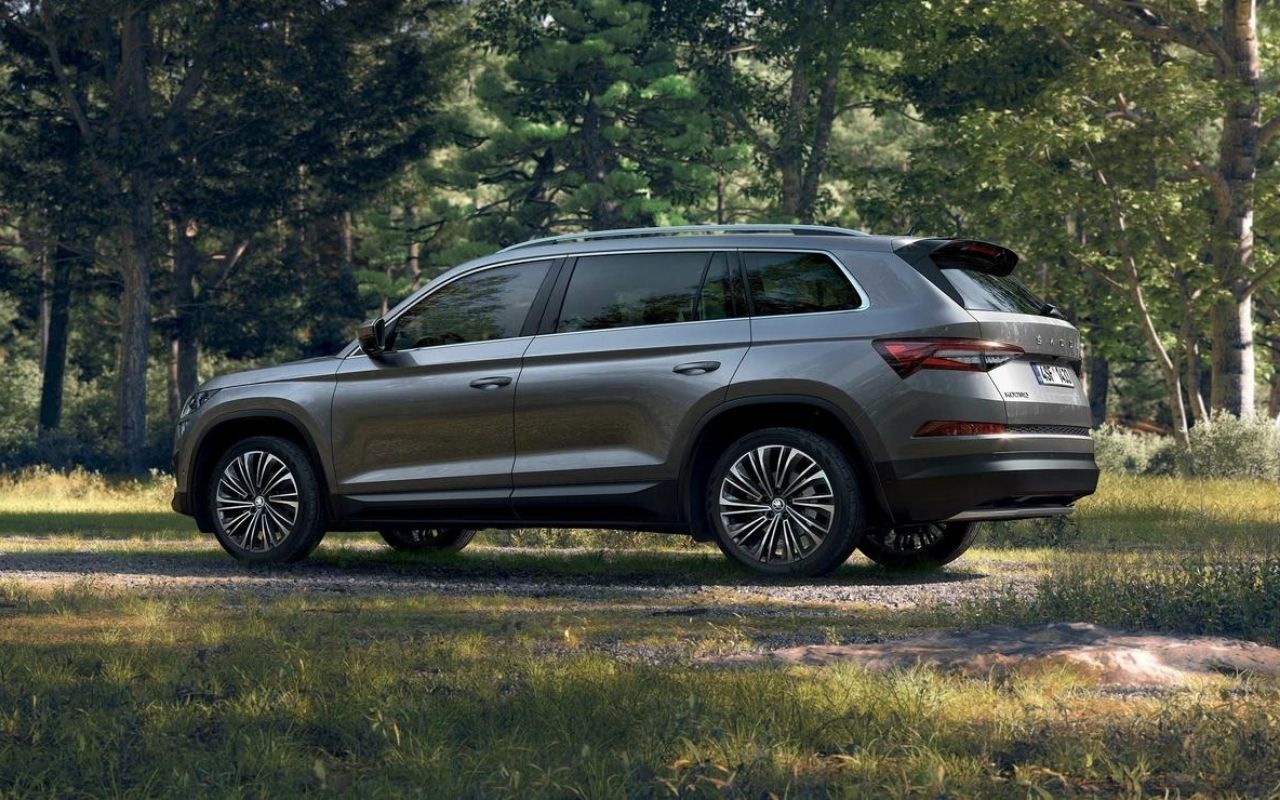 The existing version of Skoda Kodiaq started receiving its fresh updates as the production of the Skoda Kodiaq facelift has begun at the Skoda Auto Volkswagen India Private Limited (SAVWIPL) plant in Aurangabad, Maharashtra. This facelift Skoda Kodiaq is scheduled to launch in the 1st month of 2022.

This facelifted model should have been launched this year, but due to the outbreak of COVID 19 pandemic, this car manufacturer has been pushed to make their facelift launch on the start of 2022.

Redesigned, narrower headlights (with LED Matrix technology available as an option), a larger, hexagonal grille, a reshaped bumper featuring a faux aluminum skid plate, new alloy wheels (ranging from 17 to 20 inches), a blacked-out roof-mounted spoiler with finlets, tweaked LED tail-lights with a crystalline effect, and a new rear bumper is among the exterior changes for the 2021 Skoda Kodiaq facelift.

Speaking about the interior design structure of the Skoda Kodiaq facelift, it received only minor changes. Though it has only slight alterations, Skoda hasn't compromised the rich features. The 2021 Skoda Kodiaq facelift in top-spec L&K guise receives powered ergonomic front seats that are not only ventilated, but also have a massaging function. In addition, the pre-facelift Kodiaq's eight-speaker audio system has been replaced with a 10-speaker, 575-watt Canton audio system.

The vehicle also features a three-spoke steering wheel, premium leather, rectangular AC vents on the dashboard, a chrome inlay on the steering wheel, and a huge touchscreen infotainment screen, among other features.

The 2.0-liter TDI diesel engine is replaced by a 2.0-liter four-cylinder TSI petrol engine that produces 187bhp and 320Nm of torque in the Skoda Kodiaq facelift. A seven-speed DSG automatic transmission will be available for the new petrol engine. Furthermore, it is expected that the new model will be equipped with a 4x4 system.

When it returns to India, the Skoda Kodiaq – which was previously only available with a diesel engine – will be a petrol-only vehicle, at least at launch. The 2.0-liter TSI engine with 190 horsepower will be coupled to a seven-speed DSG automatic transmission that will transfer power to all four wheels. Skoda has stated that it is still examining the viability of bringing back diesel engines for its larger vehicles in India, and the Kodiaq might be one of the Skoda models to do so in the future.

The Skoda Kodiaq facelift is estimated to cost between Rs 34 and Rs 38 lakh in India (ex-showroom). The Kodiaq will be Skoda India's first vehicle to hit the market in 2022, followed by the Skoda Slavia midsize sedan, which will compete with the Honda City and Hyundai Verna.