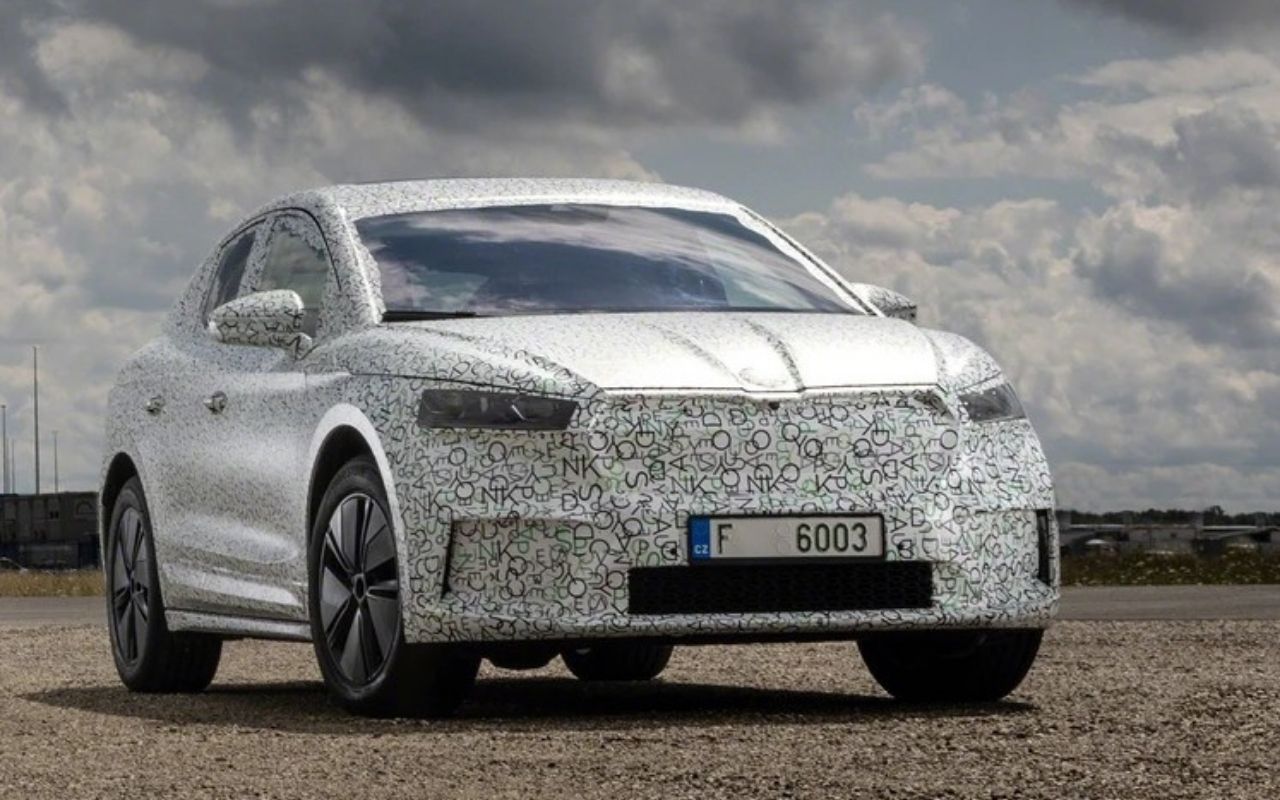 Skoda is aiming to make it China's most affordable electric car in the form of Skoda Enyaq Coupe iV. The Skoda Enyaq Coupe iV is a special edition for the Chinese market that will be globally unveiled on 31 January 2022. The car features an electric engine and a driving range of up to 600 kilometers.

The Skoda Enyaq Coupe iV is based on the company's Vision iV concept, which was unveiled in 2019. The vehicle will have a sloping roofline, redesigned taillights, and new alloy wheels to tell it apart from the standard model. The Skoda Enyaq Coupe iV's roofline slopes softly towards the back from the B-pillar, integrating into the tailgate and culminating in a sharp breakaway edge.

The Skoda Enyaq Coupe iV is the reference implementation of the 2019 Vision iV concept. The back slopes softly towards the trunk, creating the impression of a lifted sport sedan, but the front stays unchanged. According to a Skoda news statement dated September 5, 2021, the Coupe's length increases by 4 mm to 4,653 mm, while its height increases by 1 mm to 1,617 mm.

The Coupe comes with a variety of rim sizes ranging from 19 to 21 inches. The Full-LED Matrix headlamps will be available as an option for the Coupe. The internal computer can regulate each of these separately, giving the driver better sight and reducing glare for oncoming traffic. The Crystal Face, which combines 131 LEDs into the Coupe's grille, is another optional feature.

The interior of the Enyaq Coupe iV should resemble that of the Enyaq iV for the most part, especially in terms of design and arrangement. Skoda may employ different trim and upholstery choices to better complement the coupe version's dynamic character. In the dashboard, doors, and seats, the company uses ecological materials such as recycled PET bottles, olive leaf extracts, and new wool.

The Enyaq Coupe iV would be a more expensive vehicle. The Coupe will be available with 'Design Selections,' which will replace the traditional trim levels. According to Skoda, the interiors of the 'Loft' collection are homey and family-friendly, with a mix of grey and black upholstery.

Skoda will aim for a 5-star Euro NCAP safety rating for the Enyaq Coupe iV, like it did for the Enyaq iV. The coupe version will have the same type of waterproofing and secure battery pack installation in the underbody. In the event of a malfunction or accident, the electrical components would separate from the battery in milliseconds, ensuring that the passengers are not exposed to the high-voltage system.