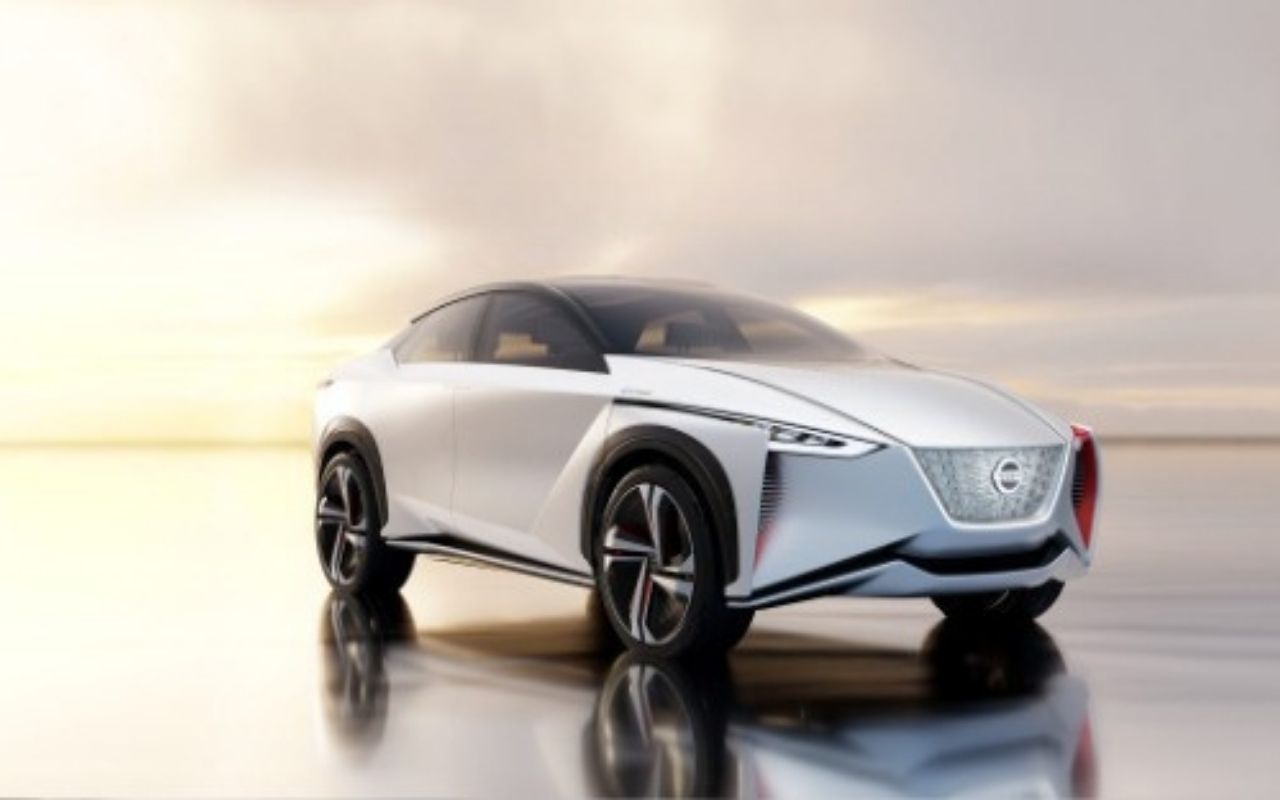 The Japanese car manufacturing giant, Nissan, has recently unwrapped their new ‘Nissan Ambition 2030’ plan with the aim of rolling out a massive 23 new electrified models by 2030. Interestingly, this car manufacturing company has also disclosed their four new concept cars, giving clues to its next-generation electric vehicles. They made this plan under the headline, Chill-Out concept.

Still, there is no confirmation available on this plan, this new Chill-Out concept is expected to closely preview the styling of the future production model.

What is this Nissan Chill-Out concept?

The concept sits atop the same CMF-EV chassis as the upcoming Ariya SUV and uses the same e-4ORCE, twin-motor four-wheel drive system as the final production car, which might serve as a substitute for the Nissan Leaf.

The Chill-out concept, a tiny pickup truck, is possibly the most notable of these, but the Max-Out, a convertible sports car, also attracted our interest. The Hang-Out, a boxy crossover, is also included, while the Chill-Out, a tiny SUV design, appears to be the most production-ready.

Although technical specifics are scarce, the sleek, minimalist cockpit notably lacks a typical steering wheel or pedals suggests the vehicle's autonomous potential. Nissan committed to accelerating the rollout of self-driving technology during its 'Nissan Ambition 2030' presentation, installing ProPilot assist systems on 2.5 million vehicles by 2026 and lidar sensors on nearly all vehicles by 2030.

The Chill-Out is the least futuristic of the prototypes, but it appears to foreshadow a production model not too long down the road. It resembles the Ariya but is somewhat smaller, and Nissan claims it is built on the CMF-EV platform. As a subcompact EV crossover that sits below the Ariya in terms of size and pricing, we expect it to arrive sooner rather than later.

The other three models

Though the information contained regarding these models is scarce, the  Surf-Out model is giving an appearance like a small pickup truck that could slot into the lineup below the mid-size Frontier. The revolutionary design blended with tweaking light setups makes the rear and front parts impressive. Going in, it has a widescreen that is spread throughout the dashboard. According to Nissan, with the help of an e-4ORCE all-wheel-drive setup, this model has off-road capability. In addition to this, it is also available with the onboard generator.

With a low-slung stance and a focus on performance, this convertible is the sportiest of the four designs. It is lightweight and has a low center of gravity, according to Nissan. The two chairs may be reconfigured and flattened into the floor to change the interior layout.

We think of this boxy little SUV as a spiritual successor to the Nissan Cube. It features a low floor and a towering roof, creating a big room that feels like a lounge. The four seating may be arranged in a variety of ways, including one that looks to employ a projector and a large screen at the back of the cabin to create a movie theater-like environment. It has an e-4ORCE all-wheel-drive system and ProPilot driver-assistance technologies, just like the other concepts.

Nissan has seen a surge in sales in recent months, thanks to the debut of the new Magnite compact SUV in India. The automaker just completed 30,000 deliveries of its compact SUV, with a total of 72,000 bookings.

What the carmaker wants to launch next in our market, however, remains to be seen. The Kicks midsize SUV and the smaller Magnite are currently available from Nissan.