New Ford Endeavour SUV: To be launched in 2022 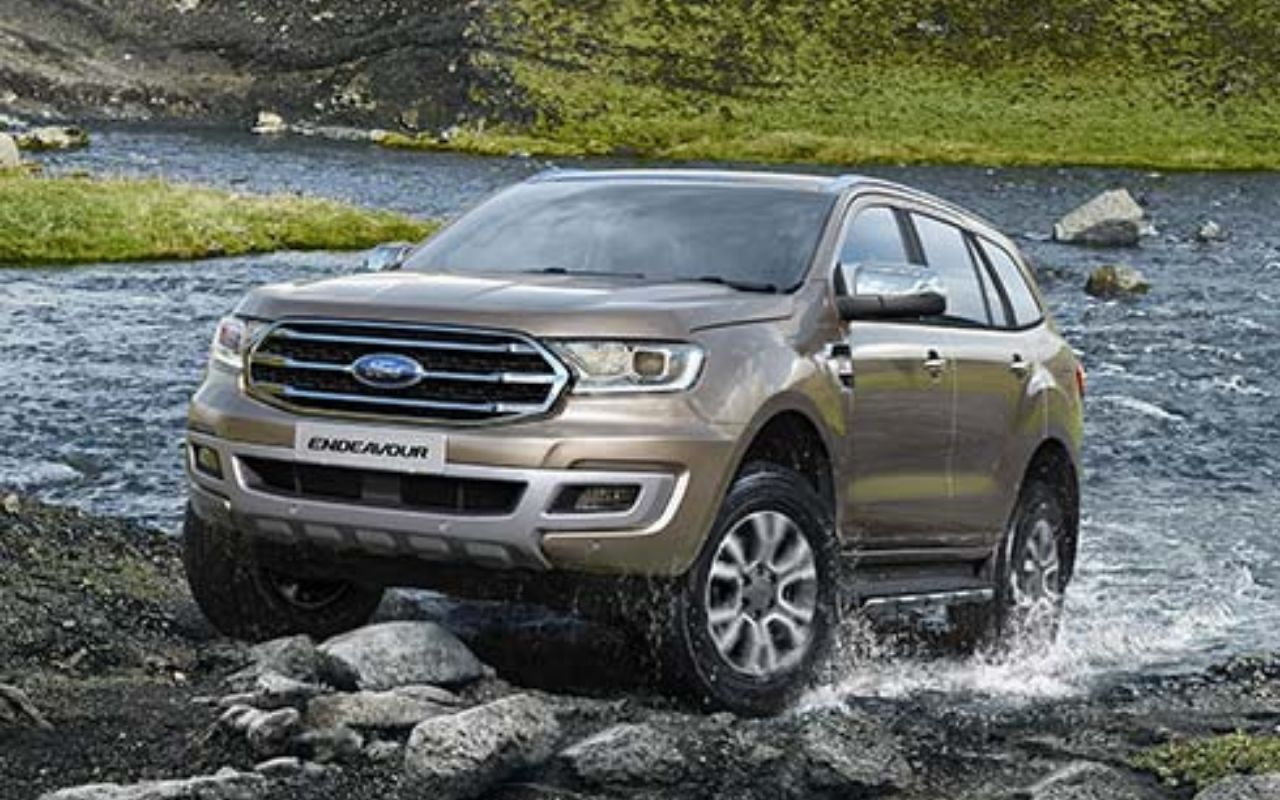 For quite some time, Ford has been testing the next-generation Everest (Endeavour) on international roads. The new Everest will make its public debut next year, ahead of going on sale in international markets. It is a sister model to the recently revealed new Ford Ranger. The SUV was reportedly spotted in Thailand, giving us a better look at its snout.

Following Ford's pullout from India earlier this year, Indian consumers were denied access to a number of exciting new products. The most visible of these was the new generation Endeavour, which had previously spied on several occasions.

The latest photographs highlight the SUV's grille and headlamp design, starting with the design. The boxy and upright front end of the new Ranger is similar to earlier generations, with the exception of the updated front bumper. The most noticeable alterations on the sides begin behind the front doors, which account for the model's three-row SUV configuration. The new SUV also has a stronger shoulder line, however, the window line stays unchanged from the previous model.

The new Everest boasts a refreshed front fascia that has been substantially altered. C-shaped LED headlights to flank the massive grille on both sides. A huge metallic bash plate has been added to the reworked front bumper to add to its robust appearance. A bigger air dam and new fog lamp casings are also part of the revised bumper.

While the back of the car isn't visible in the revealed photographs, prior test mules have revealed a fresh style with a sloped tailgate and LED accents on the revamped taillamps.

The interior part will be similar to the new Ranger, with a huge central portrait-oriented touchscreen and a digital instrument cluster. Expect the new Everest to be more technologically advanced than the present one.

Coming to the hood part, the Everest (Endeavour) could be equipped with a similar set of engines as the new Ranger, including a 2.0-liter diesel engine carried over from the current model and a new 3.0-liter diesel V6 engine, depending on the market. Both manual and automatic gearboxes are likely to be available.

The powertrain section is set to undergo significant alterations, with new engine options being added to the portfolio. The 2.0-liter twin-turbo EcoBlue diesel engine from the current model would be offered by the Blue Oval brand. In addition, a more powerful 3.0-liter V6 oil burner is planned to be added to the lineup by Ford. As standard, a 10-speed automatic gearbox will handle transmission tasks.

Will the new Ford Everest (Endeavour) be available in India?

It's unclear whether the new Everest will be offered in India now that Ford has shut down its production plants. The Mustang and Mustang Mach-E are expected to arrive in the coming years, as the automaker prepares to transition to a CBU-only lineup from its worldwide portfolio. The current-generation SUV was built in the United Kingdom and competed against the Toyota Fortuner and MG Gloster.