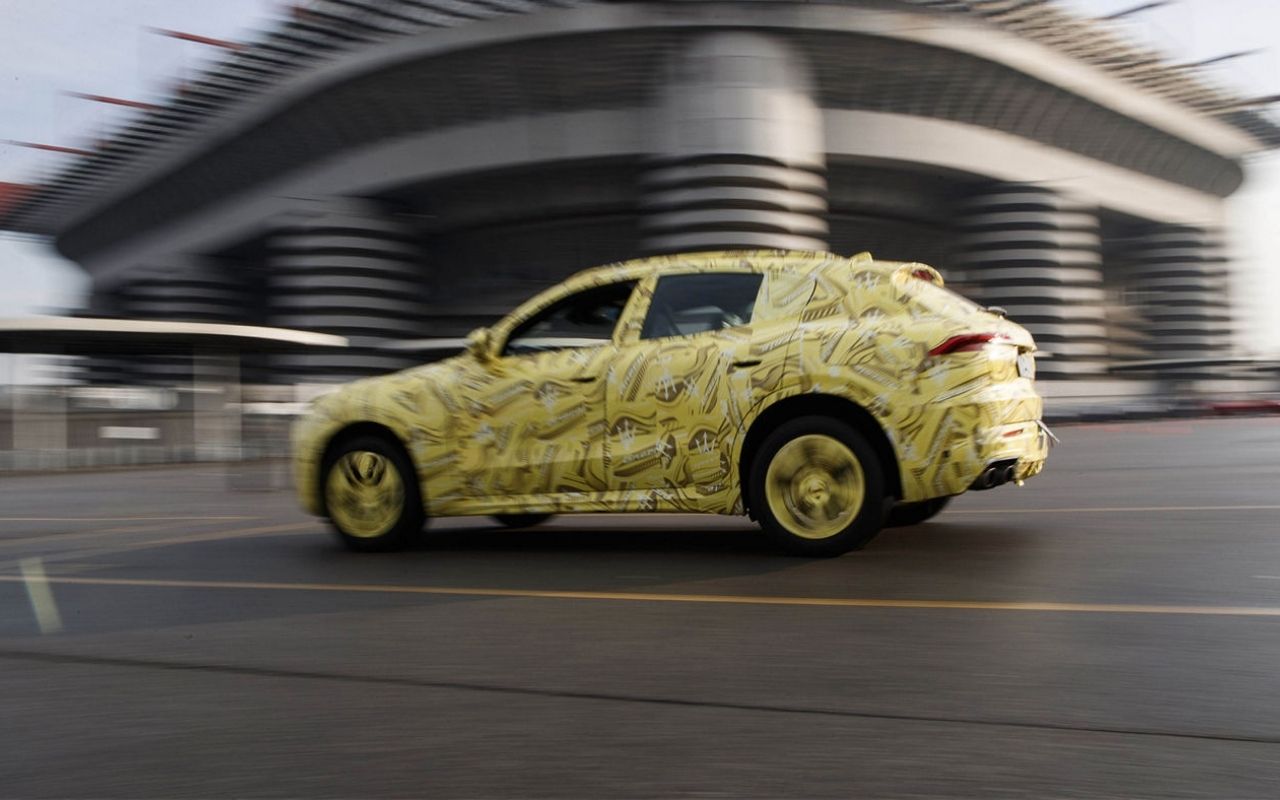 Maserati officially revealed the name of its second SUV, the Grecale, in August of this year. The model, which will sit beneath the Levante, was supposed to debut last month but had to be postponed because of a semiconductor chip shortage.

Now, a new set of spy pictures has appeared online, revealing a sportier variant of Maserati's upcoming SUV, which might be called the Maserati Grecale Trofeo when it comes. The Grecale Trofeo was sighted in Sweden during the winter testing period and might make its debut once the vanilla model is introduced next year.

The Grecale has a full-body camouflage wrap, but it can't disguise the Grecale's sporty features. Bigger wheels and tyres are fitted to the crossover, as are larger brakes and red brake calipers. Maserati replaces the quad exhaust with quad-adjacent tailpipes in the back. The remainder of the Grecale appears to be similar to the non-Trofeo variations we saw earlier this year, with the model following the design language that debuted on the bigger Levante.

The Maserati Grecale Trofeo receives a set of bigger multi-spoke alloy wheels and tyres, as shown in spy images. Red brake calipers are also available upfront, while the rear design has what appear to be quad-tip exhausts. The majority of the design features are carried over from the SUV's base model.

At this time, there are no details on the inside of the future Maserati Grecale Trofeo. The SUV is believed to be powered by the same 3.0-liter V6 petrol engine used in the MC20 sports car, although in a less refined form. More information is expected to be released soon.